A new agreement between the CBHSSJB and the EEPF speeds response times to save lives.

The response time for helping heart attack victims and others in cardiopulmonary crises in Eeyou Istchee received a major boost this month with an agreement that sees the Cree Health Board supply the Eeyou Eenou Police Force with twenty-five automated external defibrillators (AEDs). These AEDs are portable defibrillators to be used on patients in cardiac crisis – those whose hearts have stopped or are experiencing life-threatening arrhythmias (irregular heartbeats). The AED works by delivering an electric jolt to the heart’s muscles, which can restart the heart or set it on a stronger, regular pulse.

“We want to improve significantly the speed of responses to health crises, and this agreement really enhances the care we can offer to the people of Eeyou Istchee,” says Bertie Wapachee, Chair of the CBHSSJB. “It also marks an important collaboration between the Cree Health Board and the EEPF, underlining the importance of working closely with other Cree entities to ensure the best health care services in Eeyou Istchee.”

Time is of the essence

By supplying the EEPF with AEDs, the Cree Health Board is ensuring that police have the capacity to intervene in cardiac emergencies when time is of the essence. All communities have portable defibrillators, usually housed at the CMC or the arena. But having to collect the defibrillator from the CMC takes time that is not always available for the person in crisis. “You have to provide care in the very limited time that the person has to survive,” says Daniel St. Amour, the Cree Health Board’s Executive Director. “The police are often the first ones at the scene of an emergency.” Under this agreement, the AEDs will be kept in the police vehicles, so no time lost in picking up a defibrillator from the CMC or other site. 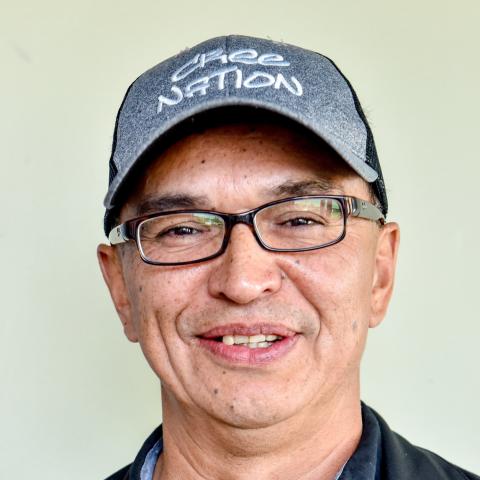 “In most communities, a police vehicle equipped with an AED can reach a residence within five minutes,” says Jason Coonishish, Coordinator of Pre-Hospital and Emergency Services with the Cree Health Board. “This is important because a few minutes can be the difference between life and death.”

In addition to the AEDs, the Cree Health Board also provides “starter kits” that include medical supplies such as gloves, scissors, antiseptic gel and other necessities for using the AED. The twenty-five defibrillators were delivered to the EEPF in the first week of April; their distribution by community is up to the EEPF, but the objective is to have them in as many police cars as possible.

Using the AEDs requires specific skills and knowledge, and as part of the agreement, police officers take a comprehensive 12-hour training session offered through the Cree Health Board. “We’ve already begun training the officers, so by now about 80% of the police force has been trained on AEDs,” says Coonishish. “This will be integrated into the pre-hospital chain response, so the police officers become part of our rapid response to crises.” According to the agreement, if police officers are first at the scene and have begun using the AED on a patient, they continue to do so until CBHSSJB first responders arrive on the scene. The Cree Health Board first responders will take over from the EEPF officers, who will then act in a supporting role.

The agreement is similar to others throughout Quebec, where the Ministry of Health and Social Services has arranged with the Sûreté du Québec to equip vehicles with AEDs. In Eeyou Istchee, the process was adapted and managed by Cree entities.