Skip to main content
Due to COVID-19 and staff shortages, healthcare services may be operating at reduced capacity in your community.
Related content
List of clinical services operating at reduced capacity
The Covid-19 virus is still present in Eeyou Istchee. Make it a habit to follow precautions and get tested. Keep the circle of protection strong around our communities.
Related content
COVID-19 Update for Eeyou Istchee
Summary

"How running helped me heal": Wally Rabbitskin shares his story as a residential school survivor

In 1972, a young boy left home at the tender age of 10 to attend residential school in La Tuque, where he would spend 5 years of his life. Those times were both some of the happiest and darkest times in his childhood.

He made new friends and there were times he had to adapt in order to fit in with different groups he had associated with. He loved to watch long-distance runners and dreamed of becoming one when he grew up.

He never expected he would also encounter the saddest time in his young life: when a residential school staff assaulted him in car. That day, an innocent young boy had his heart broken into a million pieces and struggled to rebuild his life for many years after.

He could not share this traumatic experience with his family and friends. He felt ashamed and just did not want to talk about it.

For many years, he blamed himself for what happened to him on that bright sunny day after school. He did not know how to deal with it. He just closed himself and thought if he did not talk about it, it would disappear after a while.

He put all his frustration into the different sports he played. He played hard and mean. The only way he knew how to deal with his anger. There were times no one wanted him on their team, because they knew he would get mad and frustrated.

During his teenage years he struggled to fit in. He felt different from everyone. No one understood him.

He was struggling to become the person he once was, a bright innocent young boy who had big dreams for himself. He felt locked inside a closet and could not come out of his past and be happy again.

He never spoke a word about his past. He was smiling on the outside, and on the inside, he was broken. It was destroying his reputation, personality and his wellbeing.

The discipline, determination and dedication he once had were no longer within him. He didn’t even want to become a long-distance runner anymore. He became angry at everyone, he felt alone and sad.

He was struggling to become the person he once was, a bright innocent young boy who had big dreams for himself.

So many times, people around him judged him by the way he behaved. Even though people did not see what was going on inside, they still criticized him for his behavior. This was one of the hardest times of his life. He wanted to be accepted by people around him.

His hope to become successful in life was diminishing and he did not care anymore. The damage was already done, nothing could rebuild his character, he had lost his sense of humor, he felt unwanted.

His behavior and attitude totally changed as he grew older. He became dependent on alcohol and drugs. The dreams he had before this happened were no longer within him.

His focus was geared towards the weekend parties with his friends. This was his happy place during those times in his life. Little did he know this type of behavior was destroying him. If only he had not gone in the car, this would not have happened to him. So, he thought.

He did not know how to rebuild his true character and how to ask for help.

If only he could find someone to share his feeling with, someone he could trust and who could understand him. Maybe, this would help him to focus on his own desire and forget what others thought of him. Maybe he could succeed in life and heal his broken spirit. So, he thought. 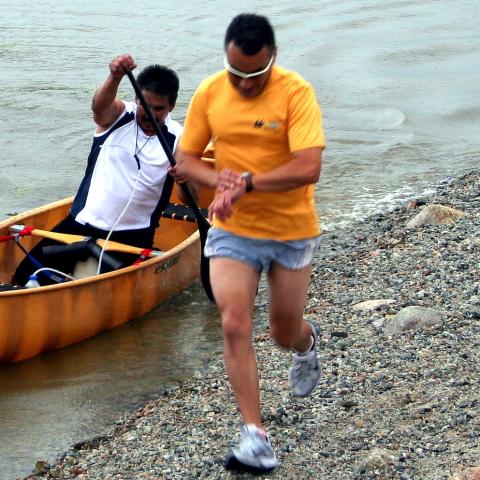 In fact, he had the power within him to change his life around. In fact, he could change and make things better for himself.

At the age of 18 years it all changed. He met someone, who became his best friend and partner for life. He felt secure when he was with her, he felt understood and accepted. He trusted her.

Slowly, he started to share his past with her. She did not judge him. She believed him and supported him for what he was.

He felt better, happy, and his self-confidence slowly resurfaced. He got up and dusted himself off and promised he would try to change his life around.

He made his move and he became a runner. It wasn’t easy. Little by little, he built a daily routine of running. Running gave him the confidence he once had as a young child.

Through his running, his life changed, it brought a lot of positive aspects in his life. His self-esteem began to improve, he felt proud and happy to be alive and well. He was very determined to work hard at his goals and become a better person for everyone in his life.

Through his running, he regained his true identity and character as a Cree person, like his Cree ancestors had always been fit and healthy.

His pride and confidence in himself slowly came out and was able to focus on his goals in life. He became stronger, faster and healthier from his daily routines of running. His mental aspects in life changed and he started to believe in himself.

The negativity he had before slowly diminished, he became more positive and willing to pursue his dreams in life again.

Through his running, he regained his true identity and character as a Cree person, like his Cree ancestors had always been fit and healthy.

When he was out on the road running, he felt alive and well again, with a sense of freedom and joy. He was a new man. He inspired a lot of people around him. This made him happy inside.

He became a great Marathon runner in the Cree Nation.

Wally Rabbitskin is a member of the Cree Nation of Mistissini, an accomplished marathon runner, a husband, father, grandfather, and brother. He is a Program, Planning and Research Officer for Physical Health in Public Health, at the Cree Health Board.

Service available 24/7. Cree speakers and Elders are available upon request

Hope for Wellness Helpline is available 24/7 to all Indigenous people across Canada. Whether you prefer to talk to someone on the phone or online,
Hope for Wellness is there to support you anytime. Chat online. 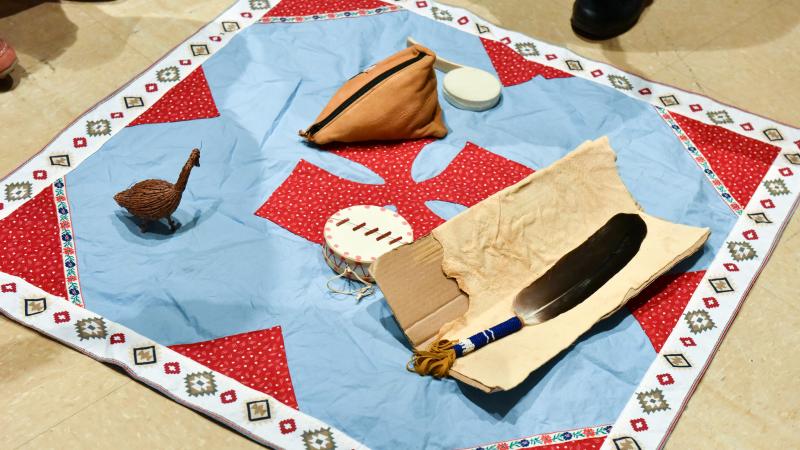 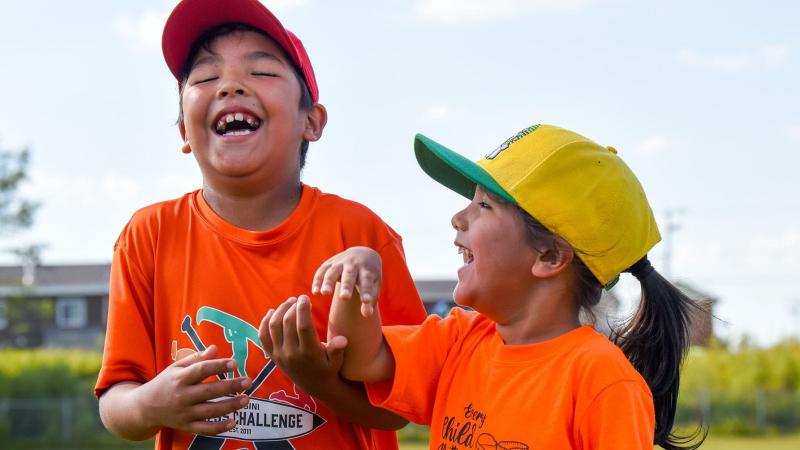 On September 30, 2021, CBHSSJB honoured the survivors of the residential school system and their families, and mourned the children who never returned. 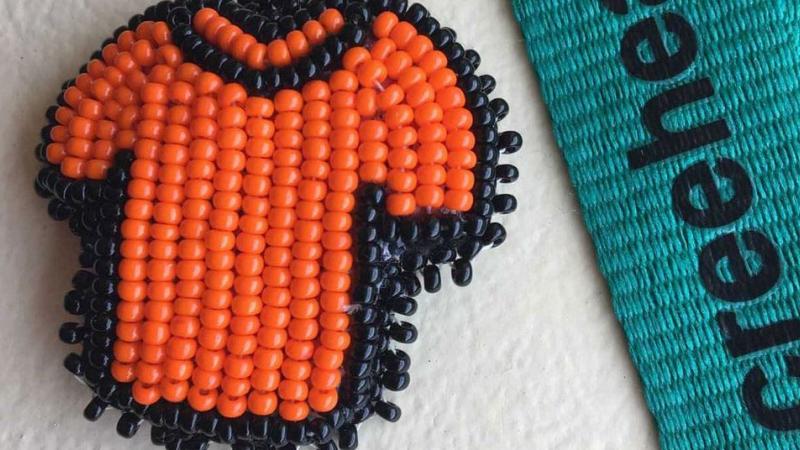 In honour of the 215 children who never returned from the Kamloops Indian Residential Schools, the Cree Board of Health and Social Services of James Bay will observe an Hour of Remembrance on Monday, May 31 at 12:00 pm. and will observe 215 seconds of silence, totalling three and a half minutes, at 215 pm. 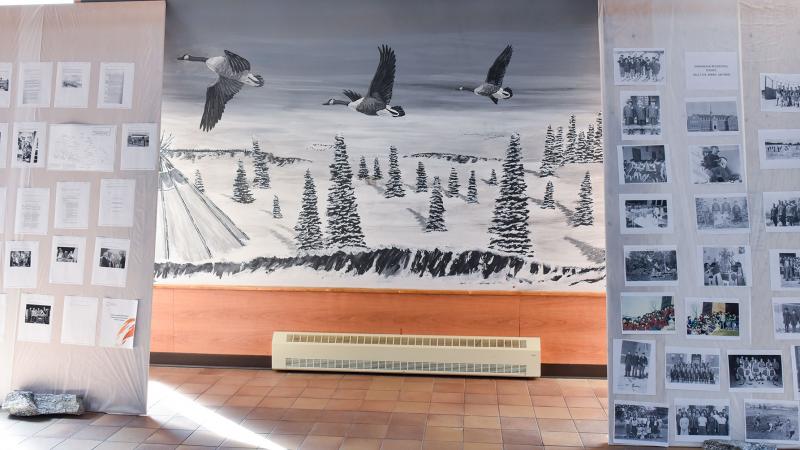 On Monday, June 14, Bertie Wapachee, Chairperson of the Cree Board of Health and Social Services of James Bay, joined the Grand Chief Dr. Abel Bosum, Cree School Board Chairperson Sarah Pashagumskum and Chisasibi Chief Daisy House in a Leadership Press Conference responding to the Kamloops discovery.