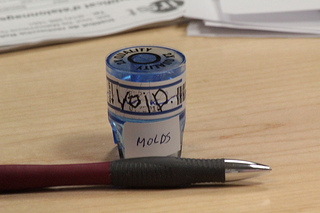 Moulds are microscopic fungi found everywhere in nature. Some are good for our health, such as those used to make yogurt, cheese and bread. But some moulds can also be harmful to our health, especially when they grow in our homes or workplaces.

Moulds produce airborne particles called spores, and while these do not always lead to health problems, they can cause eye, nose and throat irritation, runny noses, congestion, fatigue, headaches and worsening of pre-existing asthma. Children, elders, people suffering from allergies or asthma, and those with a weak immune system are especially sensitive to moulds. In addition, the time you spend in a mould-infested building can influence the severity of your symptoms. Of course, these symptoms may arise from causes others than moulds, and if you suffer from one or more of these which persist, you should see a doctor.

Moulds consume food such as wood, cardboard or gyproc, causing them to rot and creating both cosmetic and structural damage to buildings. Because moulds also need humidity to thrive, to keep a building from from mould you should keep it dry, fixing all water leaks immediately and reducing moisture by circulating air in the kitchen and bathroom. You should also clean regularly, discarding excess clutter that could provide food for the mould. Moulds can smell musty or earthy, and often appear as black spots on walls, ceilings, and carpets, often near windows, bathtubs, and toilets; these spots can also be hidden behind baseboards or wallpaper. Mould spots can be removed with a detergent solution (bleach is not recommended), but the surface must be dried after cleaning so that the mould does not return.

For additional detailed and useful information about moulds, consult these links:

Finding and Eliminating Mould from Your Home